101 Reasons to Vote for Trump

LEARN WHY PRESIDENT TRUMP IS NEEDED FOR AMERICA

Be a Model Citizen
& Register

Never Get Tired
of Winning 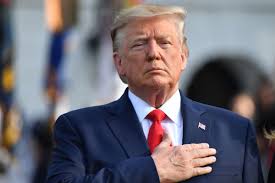 Charities must be publicly transparent, without transparency, money dedicated to the public is subject to abuse. On the same day that Trump officially launched his presidential bid, his campaign provided a specific number which amounts to a “summary of net worth”. The publicized document shows Trump had given away $102 million between 2009 and 2014. It is no secret that Donald Trump’s charity by the millions might be offensive for some, but that doesn’t give him a reason not to pay back to the people.

Trump was then questioned about his previous political contributions to Democrats while on the campaign trail. During a June 2015 interview, Trump was asked why he donated to the Clinton Foundation and prominent Democrats, including former Secretary of State Hillary Clinton, Senate Minority Leader Harry Reid, and Obama White House chief of staff Rahm Emanuel.

Isn’t donating to all sides of the political spectrum fair as long as it uplifts the quality of life and contributes for the welfare of the people? More on his philanthropy, Trump had the reputation of meeting people featured in the New York City news with tragic stories, and he often donates $10,000 or more to help them get on their feet. In addition to the charitable cause of Trump, he reached out to a bus driver who saved a woman’s life and gave him $10,000 for his good deed.

The Donald J. Trump Foundation was located in New York and it operated from 1988 to 2019. The core purpose of his foundation is to guarantee aid for countless people using the proceeds from his book, Trump: The Art of the Deal to charitable causes. He stopped contributing personal funds to the foundation in 2008, even so,  he continued to solicit donations from outsiders.

Charities he has helped out include:

This fund is for the United States Military personnel suffering the effects of a Traumatic Brain Injury (TBI) and Post-Traumatic Stress (PTS). Their mission is to treat these effects on soldiers that served. Donald Trump gave this fund $5.6million back in 2016.

Along with this fund, Trump used some fund-raisers like Racing for Heroes to help veterans with brain injuries and post-traumatic stress disorder. It received a $100,000 donation in the first weeks after the Iowa fundraiser. Earlier on that week, the group reported that it received another check from the Trump Foundation, but it declined to specify the amount. Another fundraiser he fixed was the Boston Wounded Vet Run. This group holds an annual motorcycle ride and raises money to help disabled veterans. Its founder served in Iraq with the son of one of Trump’s bodyguards.

This annual event raises money to provide financial assistance to the “LAPD family” in their time of acute need, including death, illness, and injury. To date, over $13 Million has been granted for this purpose. The Memorial Foundation annually provides more than $800,000 to police department employees and their immediate families experiencing catastrophic circumstances including death, illness, and injury.

Way before his presidential campaign, Donald J. Trump has pledged up to $1 million over four years to match gifts to the United Way of New York City’s community fund in 2003, the New York Times reports. The agency plans to leverage the gift to rally resources and partners around problems in New York City, such as hunger and homelessness, that are getting worse.

“While I make a lot of charitable contributions — to the Police Athletic League, to the Cerebral Palsy Foundation, for AIDS research — they’re not usually directed to New York,’‘ said Trump in announcing the gift.

Paralyzed Veteran of America was gratified to participate in what we hope will be one of many collaborative meetings with President Trump and his Administration, as well as Secretary Shulkin.

Discussion concerning the future of VA healthcare was made regarding specialized care, protections for veterans in alternative community care without Congressional oversight, as well as important bills currently moving in Congress. Trump and his Administration are committed to improving the VA system of care and expanding choices for veterans seeking healthcare outside of the VA system.

Here is a partial list of grants his foundation accomplished before the year 2006:

In the following year, the list of donations lengthens:

The lists are enough proof for the astounding work of Trump’s charity. But not only does he help out non-governmental foundations, on top of that, he is also an advocate for several causes.

Every child is precious and deserves a loving family of his or her own. The families who provide forever homes to children and youth in the foster care system should be recognized for their loving adoptions.

That is why Donald Trump was the first US President to make the month of November as National Adoption Month. He proclaimed this in 2019 so that all Americans observe this month by helping children and youth in need of a permanent home secure a more promising future with a forever family and enter adulthood with the love and connections we all need.

The health and well-being of all young people is a top priority in my Administration, and a strong family bond is one of life’s greatest joys and richest blessings.

Just this year, Trump was one of the first to declare a national emergency for them to loosen or waive certain regulatory requirements for healthcare facilities in response to the pandemic.

Specifically, healthcare was able to submit waivers to establish alternate care sites and modify patient triage protocols, patient transfer procedures and other actions when they implement disaster plans, according to a government statement at the time.

Paid family leave is an investment for the future that will strengthen the family bonds and improve the financial stability of American families. The President will ask Congress to support school choice to support working parents.

When all is said and done, critics cannot deny his ability to perform and the people would reminisce and want him back in the office right away. He has done more than enough for the country. On a personal level, he may seem repulsive, but his work ethic and achievements speak otherwise.

He has been following through with his promises day and night which has greatly helped American families and workers. The President is putting an end to the endless wars that have cost our country for too long. 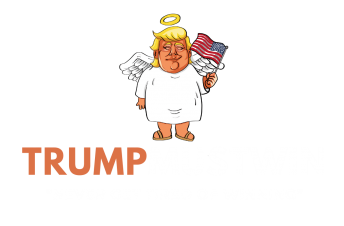